Sea in Sydney PrintIt is hard to imagine that the vibrant capital of New South Wales, with its impressive harbor, the white sails of the Opera House and the graceful arch of Harbor…

Accessible or inaccessible country of Oz? 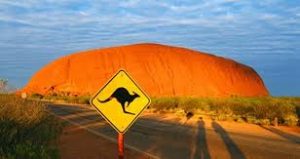 Every year, Australia is becoming an increasingly closed country in terms of immigration. The requirements for immigrant candidates are being tightened, the “passing” score is steadily increasing, quotas are being reduced, etc. Suffice it to say that this year 15,000 seats from the total quota of 74,000 are assigned to the “independent” category.

However, Australia has not yet “closed” completely. About what are the chances of moving to a permanent place of residence in this country today, – commentary by the head of the Moscow immigration bureau VIZAVI, corresponding member of the International Academy of Informatization Alexander Gavrilovts.

For fun, some time ago, we decorated our office with a cartoon from an Australian newspaper, where the then Minister of Immigration of Australia was very funny. With an eloquent gesture of his hand, he seemed to demonstrate his attitude towards immigration: “Do not let go!” We also liked this caricature because the name of the minister – Hand (that is, “hand”) was in line with his attitude towards immigrants.

Now in Australia, a different person takes the post of Minister of Immigration, but those who intend to immigrate to Australia have not become easier. One of the first verdicts of the new conservative government was the decision to stop the payment of social benefits to immigrants from March 4, 1997, during the naturalization period (that is, before citizenship was received, within the first two years after arrival).

And then, quietly, without much publicity, the passing score for the “independent” category began to increase and as a result grew to 115. And there were 100, and 105, and 110.

It is clear that few can count on a positive answer with such a passing score. To do this, you must be young (the highest age score is given to those who are 25 to 35 years old), have a higher education, a profession that is in special demand on the Australian labor market, considerable work experience in the specialty and fluency in English (pass the IELTS test or special test for immigration to Australia – ACCESS).

However, not everything is so gloomy. If you didn’t pass the points, but still scored more than 100, then you still have hope. Documents of such candidates are left – in case you suddenly take a passing mark and lower it.

In addition, most recently, the Minister of Immigration, Philip Ruddock, announced that foreigners who have studied in Australia for at least three years will receive extra points when considering immigration applications.

Soon, a new immigration program will be introduced, according to which individual Australian states and territories will be given greater authority: they will be able to determine for themselves which of the foreigners who have applied to move to Australia will be suitable for them, and even will have the right to make decisions on their own individual applications. In addition, states and territories will receive a quota within which they can, without being guided by the opinion of the Ministry of Immigration, select immigrants. In addition, at the end of last year, the Skill Matching Program was launched for those who did not reach the passing level (that is, scored more than 100, but less than 115).

Recently, a lot of innovations in the field of business immigration. So, for example, last year a program was opened for entrepreneurs who organized (or bought) a business in Australia. This is by far the most attractive category for obtaining permanent resident status in Australia.

According to the rules, an applicant for an Australian immigrant visa in this category must have $ 250,000 worth of assets in Australia one year before applying for, of which $ 100,000 should be invested in the case. The remaining $ 150,000 can be used for yourself and your family (housing, etc.).

True, this is not the only condition. Firstly, before applying for the status of a permanent resident of Australia, you must obtain a temporary residence permit (temporary resident visa). Secondly, an enterprise owned by the applicant must be operational for at least 18 months before applying for permanent resident status in Australia. Moreover, from the moment of creation (or purchase) of the enterprise until the end of the indicated 18 months, the applicant must be in Australia for 9 months.

But it is absolutely not necessary to buy and create an expensive enterprise. It will be enough to have a cafe or a small shop. In Australia, a business can really be acquired inexpensively. For example, a flower shop in Sydney sells for just $ 39,000, and a cafe in the city center can cost anywhere from $ 100,000 to $ 200,000, and laundry – up to $ 100,000.

Since immigrating this way is quite simple – if there was money – the number of people arriving in Australia in this category is growing rapidly.

There are other options for business immigration – more expensive. Applicants for permanent residency in Australia can also:

– business owners or co-owners with various, but not less than 10%, interests. One of the requirements is that the net assets in the business should be $ 300,000 (hereinafter settlements in Australian dollars);

– owners or co-owners of the enterprise with support / surety from the administration of the state or territory. One of the main requirements – net assets in the business should be $ 200,000;

– management staff of large enterprises with support / guarantee from the state or territory administration. In this context, a large enterprise is one that has an annual turnover of at least $ 10,000,000 over the past two financial years;

However, you must understand that even if you have sufficient funds and fit into one of the categories of business immigration (and some of them are very effective), you will still need to go through a bureaucratic procedure in which all your data (including sources of income) must be documented. And even businessmen need knowledge of the English language, although not at the same level as for the “independent”. Such a country of Oz!

Export bansTourists often pick up all sorts of interesting objects on land, on the shore and in the sea that you want to bring as a keepsake - but you can’t!…

In the country of antipodes (part 3)A curious story of the origin of the name of the kangaroo, possibly mythical. James Cook, who "discovered" Australia a second time, wrote in his diary in 1770 about a…