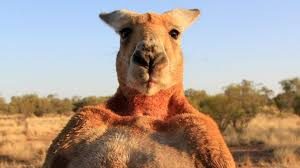 Hunting is a weird entertainment. It seems to be cruel, but on the other hand it’s a natural male occupation, the most vital justification. Someone today is hunting for bread, or rather, daily meat.

But for most, hunting is a hobby, a source of energy and inspiration. A difficult occupation, sometimes requiring courage – but all the more exciting, the greater the danger for the hunter.

In this sense, Australia is ideal for hunting. They hunt in every way: in jeeps and on foot, at night, making their way through the bush in search of crocodiles who are ready at any moment to pounce on the hunter … The beauty of Australia is that there is a choice that around there is a diverse nature, beaches nearby, and right there – super-civilization, amenities, even luxury.

In addition, this continent, unlike the African one, has not been developed by our hunters. Until now, we have been offered in Australia a cultural holiday on the Gold Coast, on the Great Barrier Reef, as well as tours of Sydney. In the best case, tourists were taken for a day to the reserve – to gawk at a kangaroo and stroke a koala. And only now the Australians, represented by the largest Australian travel company Iris Tours (its Moscow representative office is called Australiana Iris), began to offer something special – something for which, in fact, people from all over the world go to Australia. Tours inland, to caves, river rafting – and, among other things, hunting and fishing.

They hunt kangaroos (there are 50 million of them, and 5 million of them are shot annually), foxes, wild boars, nocturnal cats, wolves (the animal is slightly larger than a cat), a wild dog dingo, buffalo and crocodiles.

Oddly enough, a license for this is not necessary. The license, like weapons, has a local hunter, who is a guide for tourists, a teacher, and a father. The license holder is responsible for everyone who hunts with him in the company. And if the guests during the hunt begin to shoot at each other, it is he who will sit on the dock. The danger of being shot down by a neighbor is the only possible one during hunting for a kangaroo, a darling, night cats, foxes or wild boars. As animals move at wild speeds, hunters are forced to chase them in open jeeps. The main thing is to get into a running beast. They hunt at night, in the light of spotlights – it is too hot during the day, and there are no animals in the open.

Best Place – East Coast, Brisbane Area. There is the most popular “golden” hunter – David Gold. It would be more correct to even say “the Gold family”, since it organizes the hunt not only David, but also his wife. The “golden” family has an advantage over single people: one hunter has the right to take on a maximum of two people – in order to better control everyone. And together Goldy take four, so you can go in company. This is cheaper: if you are four, the event will cost $ 640 from the nose, if two – $ 700. It’s expensive, of course, but this is not just a one-time hunt, and the program is not for one day.

From the Gold Coast to Brisbane – 80 kilometers, there at the airport you will find a small plane Golda. The plane delivers the company to the base, where everyone selects and shoots weapons – large-caliber “remtons”. Then everyone in jeeps gets to the farm – there is feeding, and spending the night, and other pleasures. And actually the hunt is nearby. It is ridiculous that the owner of the farm David is dealing with is a former minister. A typical story: he retired, took up farming and began to host amateur hunters. Australians all live like this: dear, but without luxury, home, quality, no frills, food. And an almost complete lack of alcohol. They drink beer – the climate dictates its requirements.

And those who came to hunt should not take alcohol. God forbid, the conductor learns the smell of alcohol, even if yesterday, the hunt will not take place, and your money cried.

Unlike kangaroos, fox etc, on which to hunt at least all year round and without restrictions, hunting for crocodiles is limited. There are strict quotas and deadlines – you can shoot at them in September and October. The fact is that this hunt takes place in a single place – in the north of the country, in the area of ​​the city of Darwin, in warm humid tropics, where there are many aborigines. For them, crocodiles are almost the main food.

Nevertheless, it is the aborigines that drive tourists who want to join the hunt on crocodiles. This happens next to Darwin, in the Kakadu National Park, literally teeming with crocodiles and other evil spirits. In the case of crocodiles, it is not clear who is hunting for whom – a person for a crocodile or vice versa. It happens that hunters die – zoologists say that one homo sapiens crocodile is enough for a whole year. Recently, a terrible photograph went around the local newspapers and the Internet: a dead crocodile with a ripped open belly, and in it legs, arms, an undigested body. According to the signs of what was eaten, they were even able to identify: it was just one of the amateur hunters.

To prevent this from happening, there are as many guides as there are tourists — an aborigine who knows the habits of animals, a white hunter with a license accompanying tourists, and sometimes a guide who speaks Russian: just in case the client does not understand a word. I will not frighten: usually everything ends well – a little adrenaline, and then the hunter gets into the back of a crocodile and leaves with prey. Documents are issued for the killed beast, allowing them to remove the trophy from Australia and bring it to Russia. Whatever the client wants, they will do for him with the remains: they will make a scarecrow, or they will tear off the skin, or they will cook the soup.

When not the crocodile hunting season, shoot at a dingo or buffalo. The latter are not very dangerous, the former are almost dangerous like crocodiles. Dingoes are cunning and omnivorous. Residents of Central Australia – the “dingo territory” – are so affected by these red-headed animals that they built a two-meter-long fence from an iron mesh 5.530 kilometers long and dug it 30 centimeters into the ground, enclosing itself and its herds. Each farmer is responsible for his plot of the fence, checks for digging, if the grid is damaged. But in the North there is no fence, and dingoes wander around in national parks at large.

If you get tired of hunting, you can go fishing. In the Darwin area, the native Baramundi fish is found – hefty, up to a meter long, white as cod, but much juicier and tastier. They trap her, woven from rods, and the natives show guests how to use gear.

And you can do nothing of this. Do not hunt, do not fish, do not travel to Aboriginal villages, especially since living Aborigines walk along Sydney. True, in the city they are not so colorful, but also stand out from the crowd. You can watch the shark pulled out by fishermen for hours on the ocean – the other day a huge such fish was hung out for public viewing near Sydney. You can be satisfied with this.

But was it worth it to fly to Australia?

Automatic instead of the border guardAccording to the forecasts of Australian statisticians, in the summer of 2000, during the Olympic Games in Sydney, the flow of foreign tourists to Australia will increase approximately threefold. Moreover,…