Visiting God: the tallest skyscrapers in the worldTo see distant horizons from a height and look down upon clouds and birds - for some reason this attracts many. Maybe that's why the legend of the Tower of…

The birth of the Melbourne bathWhen guests of Melbourne are interested in the sights of the city, residents primarily call ... local baths. “Of course, these are not the famous Roman baths, where the fate…

Any tourist, and not only a tourist, especially in a big city, is familiar with an obscene simple problem, which usually arises almost suddenly and extremely sharply. It is called a “public toilet.”

Where to find, where to run and how far to run there? A question that is unlikely to be answered by locals passing by, even if you speak the same language with them. Therefore, the card never hurts anyone. No, not treasures – but public toilets.

This is what will be created in the near future in Tel Aviv and placed on the streets of the city. The idea to install stands with maps arose after numerous complaints from residents of tourist areas, whose courtyards and entrances were obviously used for other purposes. People complained that there weren’t enough public restrooms in the city, but a check showed that there were enough toilets, just tourists were not able to find them. END_OF_DOCUMENT_TOKEN_TO_BE_REPLACED 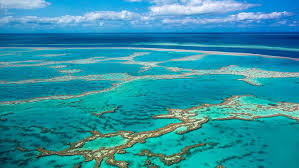