Australian cuisineAustralian cuisine is one of the most exotic and diverse in the world. Its possibilities range from meat pies and vegetarian sandwiches to kangaroo fillets with young beetroot shoots and… 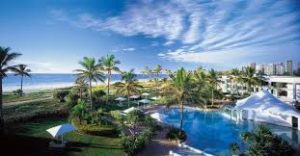 First of all, I want to say that Australia, despite the fact that the basis of its pale-faced population is the descendants of exiled convicts, is also an uninteresting country. People are calm and funny.

Walking in the calm streets of Melbourne is very pleasant, especially in the quiet evening. Sometimes tourists pay attention to strange signs on lampposts, such as in Russia “Do not fit in – it will kill!” Only here is a man in a uniform cap pictured in profile representing the police, and then two more profiles follow, with different racial features, and, obviously, personifying people. The composition of the tablet resembles the image of Lenin, Marx and Engels on the labor banner. Signature under the profiles – “We work together!” This plate means that you are in the Neighboroughd watch area, i.e. in an area where neighbors watch each other to prevent crime. This way of combating crime, as the locals say, stretches back to colonial times, when free settlers had to protect themselves and their property from exiles on their own. Now the meaning is as follows – I saw that it was suspicious – inform the police!

So, carelessly walking along the clean streets, remember that if you feel like it, suppose you unscrew some favorite “attraction” from a monument, an alert old woman from a neighboring house may well cause an outfit.

Speaking of outfits. The outfits of the police outfits look very elegant. The police in Australia seem very cute and harmless. They wear dark blue trousers or skirts, white shirts with blue droppers, and blue wide-brimmed hats. Every wardrobe item is signed – Police. The brand name is checkers, just like our taxis. Police fords, motorbikes and horses are painted in blue with a checker. By the way, a street patrol sometimes rides: on bicycles! Police cyclists are wearing shorts and helmets.

Some tourists confuse checkered cops with taxis. And especially active people even try to use their services. I remember a full of subtle feelings story of one Australian about how once he saw a crazy Russian. It was a clear morning, nothing foreshadowed any shocks. A police car drove slowly along the street, gleaming in the sun with freshly cleaned checkers. Suddenly, from the side of the supermarket a fat pink man appeared from heat and excitement, in whom, by the abundance of packages and mobile phones, the Russian tourist accurately guessed. Waving his prey, he darted to the police car. The driver flinched, but did not give a look and continued to whistle an Australian folk song dedicated to the victory of civilization over evolution. The fat man began to show the first signs of discontent, grabbed the trunk, opened it and began to pack, shouting, probably, something aggressive in the mixture of English and Solntsevo. The policeman got out of the car, smiling affably and still trying to whistle a song about victory. The tourist portrayed extreme surprise on his face, pointed the policeman to the driver’s seat, and he settled himself in the back. The policeman was shocked: He got into the car and drove away with the passenger. What happened to that tourist is not known either in Australia or in Russia. Suggests:

To the question of the kind and polite Australian police. They are certainly polite here, but to shoot a man is not an difficult task for an Australian policeman. Now in one state, then in another, such stories occur, in general, constantly. Not every day, of course, but still … And not in a shoot-out with armed bandits, this happens in Australia and I don’t know once in how many years, and so – a household, so to speak.

For example, a man got drunk and well, let’s drive your precious half of the house around. With a kitchen knife. He chases her, she cries, neighbors call the police – everything is just like people have. The police arrives in 10-15 minutes, they are well done here, and they are trying to rationalize her husband. And now, if God forbid, he begins to swing this police knife with his knife, or even without a knife, he will actively threaten, then the chances are high that very soon they will calm him down by “introducing a bullet from a regular weapon between the eyes” . The scenario is quite typical and something similar happens several times a year. They’ll shoot the drunk, then the mentally ill …

And what is interesting – almost never the police were found guilty. It is believed so – a policeman is taught, dressed, paid him good money and allowed to go on vacation for six months. All this is not cheap and all this is out of the pocket of taxpayers. This is on the one hand. On the other hand, some drunken dubious subject. The conclusion is simple. The life of a police officer is much more valuable to society than the life of this disruptor. She is worth more. Therefore, if a policeman believes that his life may be in danger – he (or she) shoots to kill (shoot at his feet and hands – only wasting time) and does not try to enter the fight. Is not obliged to. Saves folk money.

Passion around the kangarooDespite high-profile protests by wildlife advocates, the Australian government raised the quota for kangaroo shooting this year, setting it at 6.9 million animals. The Australian kangaroo meat and leather industry…

Education in Australia - not just for Aboriginal people (part 1)Russian students have recently discovered Australian education. But last year, about a hundred Russians left to study in Australia, and over thirty in the first four months of this year.…