In Australia, it's cheaperThe Australian branch of the Study Group Australia of the largest British educational organization, The British Study Group, accepts international students and schoolchildren from 12 years old on training programs…

What and how in AustraliaSo, you flew to Australia. You do not need to take products, seeds, plants with you - they will not let you through. It is better to present a can… 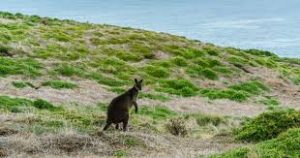 In December, the Australian government tightened legislation regulating the rights of international students in the country. Previously, a person enrolled in an Australian educational institution received a student visa, which allowed him to get a job immediately upon arrival (students are allowed to work up to 20 hours a week during school hours and full-time during the holidays). From now on, a student visa does not mean an automatic right to work. The student must first establish himself well at the place of study and residence – and only then submit an application for work permit to the appropriate authorities.

With approval in Australian universities, they also include the fact that students combine work with study: a person does not just study, say, economics or business, but also comprehends the same economy from the inside, working in a company, officially receiving salaries and paying taxes to the state. But if you came to study, then study. And don’t get too carried away making money. By the way, the work of foreign students is monitored, and if the state inspector finds that you work more than the allowed 20 hours a week, and besides, you miss classes, you will be deported, and your employer will be fined heavily.

Students International World Wide Center (S.I.W.W.) selects future students for a place in an Australian private school, professional college or university (about 40 educational institutions of the country are partners of the center); oversees studies and organizes the guardianship of young students; selects housing for students and employs them.

Now the company’s employees have increased their work: obtaining student work permits is troublesome. But the real one. In any case, all Russian students who went to Australia through Students International World Wide after the introduction of the new law received a work permit. And jobs too.

Eucalyptus picksKoalas are very similar to cute bears, and the name of the species to which these animals belong may suggest that they are relatives of clubfoot. Although in fact, this…

Paradise for two (part 2)It takes a long time to get here - but it's worth it. Firstly, no one will find you here. Secondly, together you can see what you will not see…