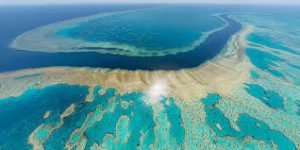 In the last century, Australia was called the “country of convicts” – dangerous criminals were sent here from England. Later the continent began to be settled by immigrants from other countries, bringing their customs, lifestyle and culinary traditions. Talking about local cuisine is not easy: like the country itself, it is still very young and is in its infancy. Here, with equal success, they prepare not only exotic Aboriginal dishes, but also food traditional for the Old World. Australian restaurants include kangaroo tail soup, crocodile beef steak or ostrich egg omelettes. Actually, this is exotic only for us – the indigenous people of Australia are simply used to cooking from what they have “at hand”, as in the whole world. Aborigines also often eat ostrich meat. According to some gourmets, it is very similar to rabbit meat. By the way, all kinds of dishes from the rabbit, considered in Australia as the number one enemy for farmers, are also very common and popular here. END_OF_DOCUMENT_TOKEN_TO_BE_REPLACED

Kangaroo – for hot, ballerina – for dessert

About Australian cuisine, everyone strives to say some nasty things. “There is no kitchen in Australia!” – the most common option. “This is the same English, only with sand on its teeth,” – this version is also found, but less often. There is no kitchen, and thank God, I tell you. Australian food is pleasing just in its simplicity – just like the Australians themselves. Nowhere did I eat such delicate chops, such unobtrusively prepared vegetables and such luxurious oysters. Fish, meat, vegetables and seafood, all in their pure form, not spoiled by the tedious processing that clogs the taste of food. Not without ridiculous specialties. Moreover, I hunted for them.

What and how in AustraliaSo, you flew to Australia. You do not need to take products, seeds, plants with you - they will not let you through. It is better to present a can…